On Thursday, the 28th of August 2014. The extension class will be going to the Vodafone event centre to attend the Storyline's Tour. There will be four amazing authors, Their names are Catherine Mayo, Juliette Mclver, Jill Macgregor and Paula Green. They will be sharing their amazing stories with us. One author I will be looking forward to is Catherine Mayo because she is all about medieval times and war.

Paula Green was born in the west coast of Auckland. She is a children's author and she was the 2008 judge of the New Zealand post Secondary school poetry Competition.

Catherine was born in Auckland and she was in a band called Gentle Annie. Her musical instrument is the violin.

Juliette Mclver was born in Wellington and she has studied at Victoria University and she has a degree in Linguistics. She is a english teacher and has a diploma in English.

Jill Macgregor was born in Dunedin and she lives in Kapiti coast where she is a school teacher, she was a teacher in Tonga in the 1990's. From then she has travelled nearly all around the Islands.

Questions I would ask Catherine Mayo:

I have been continuing with my partner Jacob. We have nearly completed Astria Countdown to Impact. We just need to find 2 more clues and then we will choose the Solar Sail to destroy the incoming asteroid to save the planet. We are so close to toasting that asteroid.
Posted by Wyatt P at 12:30 PM No comments:

Class 1 have been learning all about drugs. Some drugs are legal and then there are some drugs that are ILLEGAL, drugs can have all different effects and can possibly kill if taken the wrong way.


Ecstasy, also known as XDC and MDMA, is a party drug that is very dangerous and can kill just by taking one. Ecstasy is illegal in many countries and states because it can be very unpredictable . XDC is meant to cause euphoria , meaning extreme happiness. It is to be taken by putting it under your tongue. Ecstasy is disguised as logos and brands such as Toyota, and even a smiley face.
Posted by Wyatt P at 9:52 AM No comments:

The whole extension class tested out this game called Astria, Countdown to Impact. Astria is a literacy game to help improve reading skills. You only have 99 days to save the planet from an asteroid. The groups were split into A and B groups. I partnered up with Jacob.

The most difficult part of the game for me was figuring out the key code.

The part I found easy was unscrambling the jumbled words, because the words were not scrambled up good enough. We completed over half the game I think.

We have been learning about Mascots. Mascots have a ability to bring good luck to a special event such as the Commonwealth games or the Olympics. This story is going to tell you all about my mascots background.

A mascot is a symbolic figure to an Organisation, it can also bring good luck to the Games.

The 2014 commonwealth games mascot was Shera from India, her name comes from the word Sher, meaning tiger.

This years mascot for the Commonwealth games is Clyde. A purple headed thistle. A thistle is the national plant in Scotland. When they are fully bloomed the top of the plant becomes purple.

The mascot clyde, the thistle, was designed
by A twelve year old Cumbernauld school pupil Beth Gilmour. Beth was amazed when she won the nationwide competition for designing Mascots for the commonwealth.

Clyde was chosen because the judges were impressed with the drawing and it relates to the commonwealth games because its in scotland.

My mascots name is Taonga and he brings good luck to the commonwealth games. He is a native symbol to New Zealand and the Commonwealth games. His favorite fruit is feijoa and when he eats a feijoa he gets super powers and becomes a super athlete. This is my Mascot (Below) 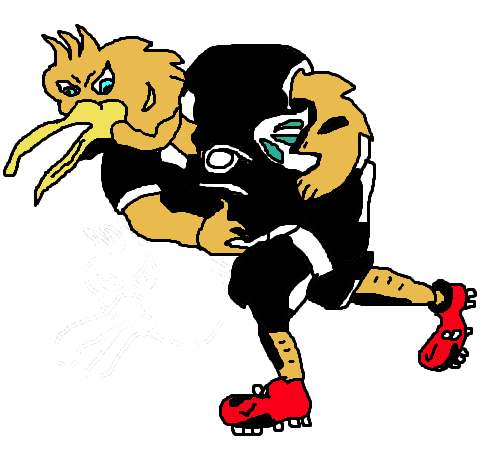 Sam Webster. A professional sprint cyclist who recently won 3 medals in the 2014 Glasgow Commonwealth Games. Webster is 23 years of age.


Webster competed in the 2010 Delhi Commonwealth games. He raced through to bronze, Competing for silver, then finally entered the finals for gold. Sadly he did not come out with the expectations he expected.


But this year he came out with the expectations that he DID want. He won 1 gold in team sprints, and 1 gold in an individual race. Webster finished second just behind Australian Matthew Glaetzer, just by half a tire. But Sam is alright with the position that he came out with.


Sams friend, Simon van Velthooven, qualified for the 1000m team sprint race. The final result was winning a bronze medal with his team.
Posted by Wyatt P at 1:14 PM No comments: