Remember to make a copy then delete this first.
My Personal Goals - 2014  Date : ???
My achievement I was most proud of  last year  in the classroom was
because I didn’t waste any of my time.


The thing I was most proud of last year outside of the classroom was …  Getting the ball in touch from the year 8’s.


In reading my learning goal is to …. Read More!


To achieve this goal I need to ….Read read and READ


In writing my goal is to keep on track of my story and not lose the main point.


To achieve this goal I need to Take my time in writing.


In Maths my goal is to… Learn basic facts faster. 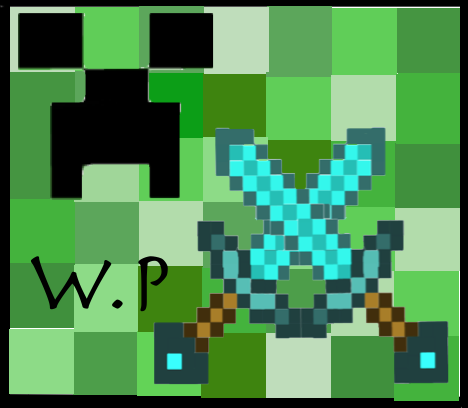 This is my AVATAR!

The Nature Around Science (Writing Sample)

"Science Time!" I said to myself, one of the best times of the day. "Today we will be learning about the nature behind science. Mr Barks exclaimed. But we will be learning specifically about temperature." That's different I thought." At the end of class today, I will cook a egg."Mr Barks said with humour .. "BORING" one of the boys said in the class. "But there's more, I will cook an egg, until the whole egg vaporises into the air."

Thinking about how an egg, could vaporise  Mr Barks was actually talking about it at the same time as I was thinking about it. "How continently  I said. Mr Barks talked and talked and talked. Bigger by the minute, it really got more interesting! "The egg is a liquid right, when it hits a hot temperature, it will turn into a solid. Thats just like other foods. Ice Cream. It's cream freezes to the point where it is a solid.

Getting to the end of class Mr Barks was exclaiming to us if could we stand on eggs? Think about it. I'm only about 38 kgs, I take one egg, I put all my weight on it. Take two eggs, I half my weight. Three eggs, I'm only putting on A THIRD of my weight on each egg. So on and so on. I want to try that one day, maybe I could get a Guinness world record for it?

"30 minutes left of school" Mr Barks said." He got his portable stove and one egg. He cracked the egg into the stove and it was like I was at home. After a while I got quite bored because the egg wasn't doing that much. But then, "Pop","Pop" went the egg. Gases fumed out of the egg with tremendous waves of heat. The location of the bubble that had turned quite big and brown, It popped, and egg splattered on Isara and I. The egg didn't vaporise  but it was still funny because the boys had a piece each and their faces after they took a bite.

"That was AMAZING" I shouted to Mr Barks. Lucky we are doing science all year round. Science to me is extrordanary because you learn and have fun blowing up things and burning things until noxious smells come out! I know it will be a lot of fun with Mr Barks and Mrs Nua.


Getting woken up from my mum, I moaned at her and slowly started to get out of bed. Walking out of my room, I felt sloppy and miserable for myself. Because I had to go to school.

I felt very very unusual about today, so I went downstairs, to find myself, leftovers from last night!  Yes sausage rolls for breakfast!!!