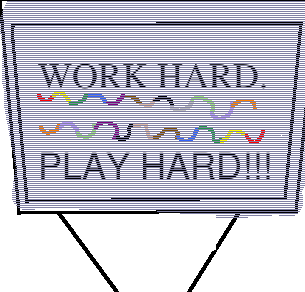 What a crazy term I’ve had. First of all I was surprised that I was in room 15, because last year I was in room 17. “What” I said to myself... This term wasn’t what I expected it to be. I have made new friends and a whole lot of stuff. My teacher Mrs King ALWAYS makes movies!!! So it was a privilege to have her as a teacher! The most fun activity I did was the triathlon! I love tri sports!

Sometimes it would be a rush to get work done because we had to write a 100 word story. IN LESS THAN AN HOUR. “It doesn't seem that hard” you might be saying but it really is.

I really looking forward to more movie making, competitions and so much more. The success that i’ve done this term was... Getting my work done fast, by MILES! because I wouldn't get my work done as fast as this term. I think my biggest challenge for term 2 is maybe not getting distracted. I would get my work done and I wouldn’t stay inside for lunch.

This would be my last post for term 1. Until term 2

I have made another one of these movies because I love MATHS! Not really.... but I love making presentations and movies!!! Hope you like this movie
Posted by Wyatt P at 12:39 PM 1 comment:

I have made a movie all about some maths I've done this term. There will be another one soon. Hope you Enjoy!!!
Posted by Wyatt P at 11:58 AM 1 comment: 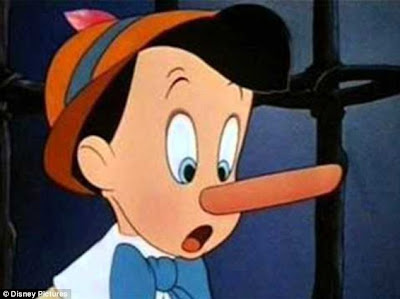 Once upon a time there was a girl named Shae & she was a terrible liar, however one day everything was about to change...

Everyday she would tell her parents she would go to the swimming pools after school. So her mum would give her money. But instead she went gambling with a fake I.D card.

But one day she told a very huge lie about all of her bullies in her school. She would say that all of them had a gambling problem. But actually it was Shae that did.

Because of that, everyone who was involved in this lie was sent to the deans office, with their parents..., Including Shae.

Surprisingly Shae was expelled from school, and grounded for a whole year.

Without a doubt,  she ran away and went to stay at a mate’s place. She forgot all of her stuff except her clothes

Until finally she thought about changing her life.She said to herself “I think It’s time to apologize” I said.

Ever since, Shae changed her life, she became a better person. She always faced consequences and never spoke lies ever again.

The Moral of the story is to never tell a lies! You should always tell the truth And Never drag anybody into your own personal problems! 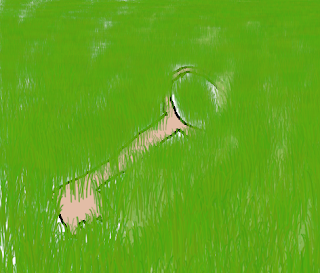 “Creakkkk” the wooden floor went when I ran across the other side, I slammed the door shut.My annoying sister wouldn't give the Ipad back. I decided to look in the basement for some old junk I could play with. I stumbled across a chest. It was the long-lost chest from my great grandad’s dad “ A Pirate.”


“I have to keep this quiet” I whispered. I have to find the key. “Look,a map” I said. It was underneath the chest. “It looks like it outside” It was Just laying there, the key from the treasure chest. On the Grass..... 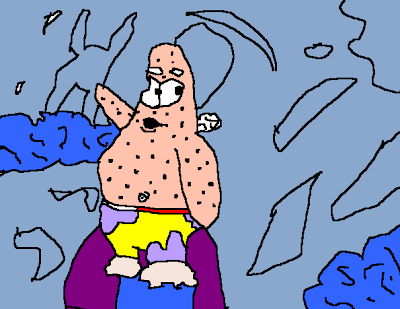 Down at Goo Lagoon underwater, where the large waves and sea foam bubbles lays, Spongebob concentrates as he rides the waves
“Woooo” Spongebob Suddenly shouted, this was the sign that he had fallen off his surfboard.  Patrick nodded his head and explained “Oooooo” he had a solution of a master plan which would fix their problems.

“Apply the sauce” dumbly Patrick exclaimed, as he squirted glue on to his feet.

Sticking to the board Patrick announced “I will not be separated from this surfboard”
Everything was fine until Patrick’s eyes popped out of his face and he saw a large, scary rock. “Rock! Separate! Separate!” Patrick cried, being put in harms way. He hit the rock with an almighty crash and his skeleton, skin and parts of the board with his feet were flung on the sand.

“I like your sandals” his skeleton described. Patrick’s skin replied “Thanks, we’re inseparable.” 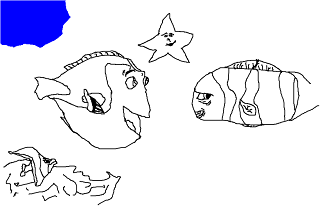 Sitting on the side of the reef, Marlin was feeling grumpy. Dory cheerfully told Marlen “Hey Mr Grumpy Gills, When life gets you down, you know what you gotta do?”

“I love to swim. When you want to swim” Dory kept prattling on. Marlin finally shouted “See I’m gonna get stuck now with that song now it’s in my head” “Sorry” Dory whispered “SORRY”