Halloween To Me Is:


What I think Halloween is about. I think it is about remembering the people who died also the saint’s. I think the jack’o lanterns are about souls who had been denied entry into heaven and hell.


:Romans would pour milk and make cakes to stop the evil spirits come through the world.


:Trick or treating comes around by beggars who would come to random pupils houses and they ask for soul cakes and they would prayer for the dead who are in purgatory


:Purgatory is a world in between heaven and hell. It’s not as bad as hell but still fiery


:Many women were accused of witch craft, the many tools were cauldrons, broomsticks and CATS! The cauldron was used to make potions.


My version of halloween:

Halloween all began with Lemuria on may 13th, then it was changed to All Saint's Day, then moved to November 1st. The name changed again to All Hallows Day. The day before that was All Hallows Evening, then shortened to all hallows even. Then finally changed to Halloween

Halloween To Me Is:


What I think Halloween is about. I think it would be about remembering the people who died also the saint’s. I think the jack’o lanterns are about souls who had been denied entry into heaven and hell. 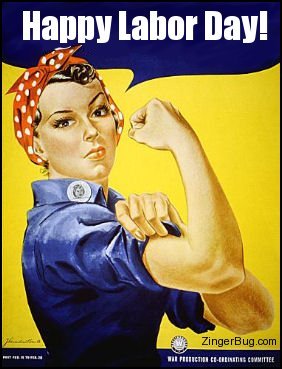 In October 1980 a members meeting passed, agreeing the idea to let workers only work eight hours a day. The 50th anniversary came along and the everyone commemorated with a parade. Over the years, the government stipulated that the holiday would observe all over the nation.

The other countries who celebrate Labour day are United States, Australia, Bahamas, Canada, Jamaica, Trinidad & Tobago & also us, New Zealand. We usually celebrate by having a free monday off school & work.

I really appreciate Labour day because I feel really sorry for the workers who had to work more than eight hours. I only learn six hours for five days. It must of been really exhausting for them.

Red-New Zealand Normal-Syria
Waking up to the sweet sound of birds singing, and the mouth-watering smell of the french toast that mum’s making, I dragged myself out of bed onto the carpeted floor.

As soon as I woke up I could hear grenades being thrown everywhere. I could see my brother’s and sister’s crying and balling their eyes out. I raced from the floor that I slept on, to the other bedroom. In the bedroom all I could see was my dad’s dead corpse on the floor. “Dad!” I cried, “Would I ever see light again?” I asked myself.

“get ready for school” said mum “ Yeah yeah” I replied. Hopping into the car I started to wonder about other people who don’t have the same capabilities and opportunities as me.

The door flung open and heaps of Syrian soldiers came and took me away into a truck.  I was thinking for a while, “Where were they going to take me?” but then realized that my uncle was driving the truck. “This must be good” We arrived at school I saw about 100 of my people arriving and quickly running to their classes. All around the classroom’s there were  military police guarding every corner.

I had to leave school, I didn’t want to leave, it was so much fun. I can’t believe that they would take me home and leave me there with no-one there to watch me. They did.

At home on the computer, I researched syria and found out that you can donate to help syria and their people. I decided to donated enough money to send an orphan here in New Zealand to live with us. I picked the orphan who had lost her father and lives with her mother and her two babies.

Waiting at home, waiting for my death. The door opened. The military police came and told me to come with them. We entered the airport and I cried with joy because I was going to another country. “New Zealand” said one of the guards, you're living with another “SAFE” family”

She’s arrived, “ Welcome, what’s your name?”, “Zanubiya” she replied. She was a good looking girl who had cool blue eyes. “you are going to have a good life in New Zealand.